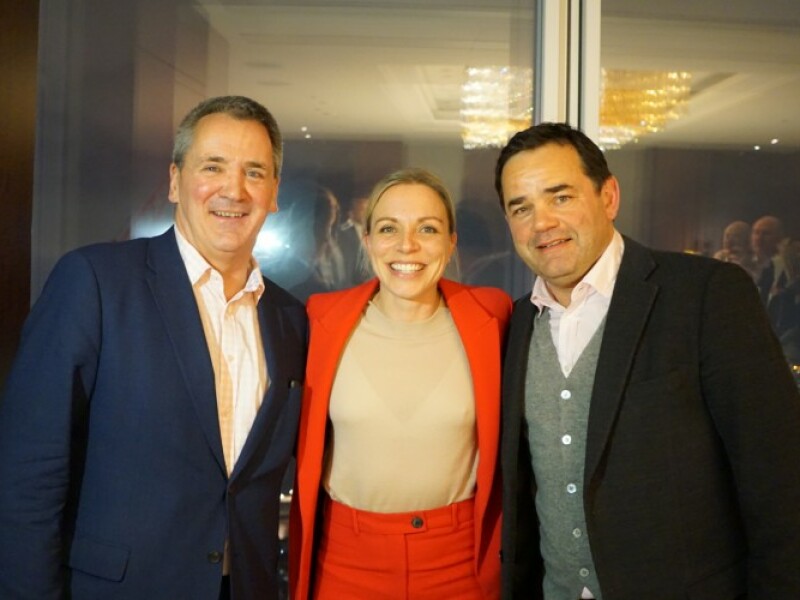 Inclusive Leadership with a Sporting Twist

This Spring, School for CEOs hosted a small private dinner for senior executives at the Shangri-La Hotel, the Shard, in London.

The purpose of the evening was to discuss how organisations can become more inclusive, particularly in their leadership, by drawing on lessons learned in performance sport. Guest speakers included Kate Richardson-Walsh OBE, the most capped female hockey player in her country’s history, who led the women’s team to win a memorable gold medal for Team GB at the Rio de Janeiro Olympic Games, and Will Carling OBE, one of England’s most successful rugby captains winning three Grand Slams and currently a leadership advisor to England Rugby.

Deloitte’s 2016 paper on the Signature Traits of Inclusive Leadership was referred to as a framework for discussion. The paper identified elements of inclusion to be fairness and respect; value and belonging; confidence and inspiration.

For Kate, the creation of a psychological safe space for players was critical to the success of their team. They sought to build a culture that was honest, trusting and respectful of others. All players had equal opportunity to voice opinions and were empowered by coaches to influence decisions such as how they worked together, what times they trained, how long they trained for and such like. Encouraging players to take ownership of this enhanced their sense of togetherness and belonging and played a significant role in putting the needs of the team before the needs of the individual.

Similarly, Will recognised that his team was diverse in personality, beliefs, personal backgrounds, playing experience, skills and more. In order to understand how best to lead his team he introduced upward appraisals, where all players would feed in what they needed from him as their leader. In listening, he learned how to inspire and motivate each individual in his team, and also how to create a culture of honest and constructive feedback, building mutual respect within the group.

The paper also highlights six signature traits of inclusive leadership: commitment, courage, cognisance, curiosity, cultural intelligence and collaboration. Will drew on the importance of confidence in his side, shattering the assumption that big burly rugby players are full of confidence. Adopting a strengths-focussed approach, Will built up confidence among his players and subsequently encouraged others to support each other in the same way.

In the GB hockey squad, cognisance was critical. Working with psychologists, they spent time gradually nurturing a psychological safe space where they could learn about the diverse personalities within the squad and their implications on the needs of each athlete. Feedback was central in supporting others to be more understanding and inclusive.

Throughout the evening, both Will and Kate emphasised that inclusive leadership for them is simply about people. Learning to listen in order to really understand and creating an environment where others have a voice as well as the confidence to use it were key to the success of the teams that these captains led.

We are very grateful to both Kate and Will for their candour and honesty when sharing their experiences and providing our guests with some unique insights into their perspectives on Inclusive Leadership through a sporting lens.

If you are interested to learn how School for CEOs can help develop more inclusive leaders in your organisation email info@schoolforceos.com or call 0131 225 5886.