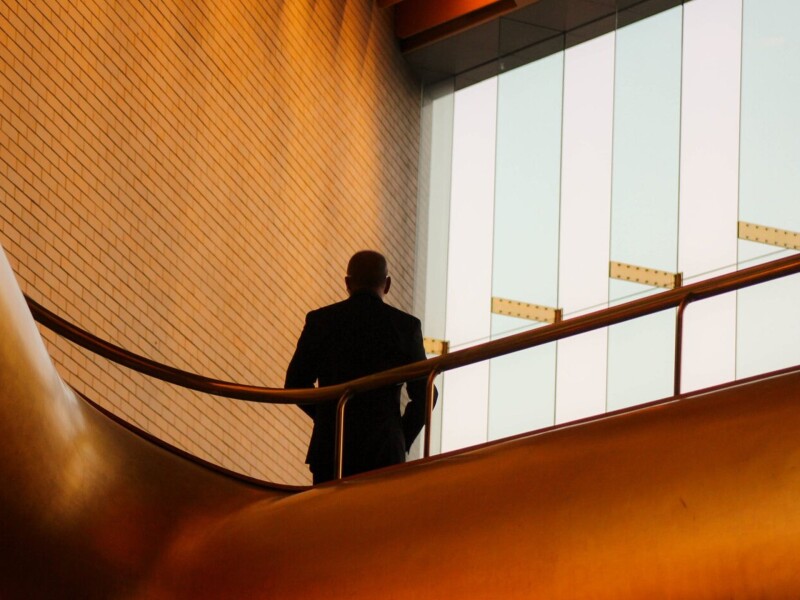 How directors can coach, mentor and ask the right questions

Once someone secures a new board role, there’s a lot to think about how they can best contribute. Here School for CEOs Managing Partner David Sole OBE shares his insights on boardroom behaviour. What’s the difference between coaching and mentoring? How do you balance being supportive and being challenging? And how do you ask the right questions in the right way?

This article was first published by Nurole: the global platform changing the way organisations bring the best people on to their boards.

The difference between coaching and mentoring

Coaching and mentoring are two different skills, and as a director, you may be required to adopt both roles at different times and with different people.

“As a coach, you are enabling others to solve problems – getting your client to think differently by asking those really challenging questions,” David explained. “As a mentor, you are providing the solution. What experiences have you got that you can bring to the situation that are going to provide insights?” 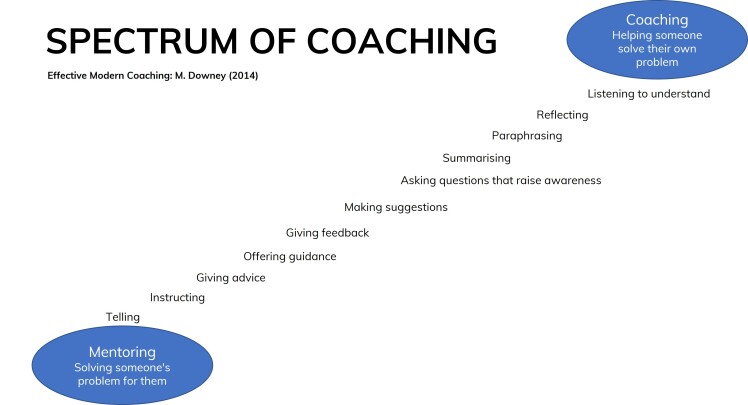 Non-executive directors, he continued, will provide both types of support. “There will be times when you are coaching, and times when you are acting more as a mentor. It’s important to think about where you are on the spectrum (see the chart above). Very often, it’s helpful to ask the question – do you want me to offer some advice here?”

David also mentioned that the current uncertainty and extra pressures created by COVID-19 have affected the help that business leaders are looking for. “I have noticed a lot more senior people in organisations want reassurance, want support, want the confidence to press on with decision making, particularly in times of crisis,” he said.

Many leaders, especially new directors, may want a mentor themselves. This can be hugely valuable, but David says it’s important to be very deliberate in identifying what you need.

To maintain the right relationship, David says, “the mentee should always be the one driving the agenda.” In this way, they stay laser-focused on mining the mentor for the advice and support that will most benefit them.

One of the trickiest things to get right as a director – especially if you are a first-timer – is to strike the right balance between encouraging and supporting the executive team on the one hand, and challenging and holding them to account on the other.

That balance is absolutely critical, David explained. “If you get the right balance then you get a high-performing board and a high-performing organisation. If you have too much challenge without support, then you’re going to get a lot of stress, and it’s going to potentially create a lot of defensiveness. If you do all of the support and no challenge, you are going to be too comfortable.”

Because this is a hard line to tread, David says he often sees directors “flip-flopping” between the two approaches. “They start with a lot of challenge, and that creates stress and defensiveness. And so, they flip-flop and overcompensate, becoming very supportive and forgetting about the challenge. Consequently, it becomes quite comfortable, and so they flip-flop back.”

Getting this balance right, he believes, is the key to being an effective director.

The importance of informal influence

It’s imperative to build meaningful and respectful relationships – both within the board and between the board and the executive team. David underlined the importance of informal influencing – informal and off-the-record discussions that create a solid foundation for a high-performing board.

“At the heart of informal influencing is trust,” he said. This trust is built on credibility, reliability and intimacy, and this third pillar can be overlooked. “We don’t spend enough time on socialisation,” David said. “Intimacy is about knowing your colleagues and having the humility and courage to say you don’t know the answer. That comes from the informal relationships you have built up.”

Trust also helps boards have more difficult conversations as and when the need arises. But it can be undermined by self-interest, “when your interests take precedence over the interests of the organisation or the team.”

How best to ask questions

The value of clean questions

Most people are aware of open and closed questions, and the value of the former to unlock more nuanced discussions. But David introduced the idea of clean questions too. These rely on you picking out a specific word the person speaking has used and repeating it back in the form of a one-word question.

He gave the example of someone in a board meeting saying, “I would like to look at M&A activity, but I am not confident we could integrate the business well.” In this scenario, a clean question might be, “Confident?”

“By asking it as a clean question, you get a really good understanding of what that individual is saying. It goes deep, it’s really focused and as a non-executive, it encourages exceptional listening, because you really have to pay attention to the words people are using.”

David’s definition of a killer question in a boardroom is “the question that no-one’s thought to ask.” He stressed that it shouldn’t be about “catching out” the executives, but often there are obvious questions that everyone assumes everyone knows the answer to. That assumption can be wrong.

“Bring your perspective and don’t be shy,” David advises. “Ask what you want to know. You must ensure you have read the board papers and that the question isn’t answered there but for me, no question is a silly question.

It’s important to consider how you ask questions as well as what you are actually asking. David talked about a colleague on one of the boards he sits on who has an unerring ability to ask really incisive questions in a very disarming way. “They are so gentle, it’s like you are being garrotted with a stiletto,” he said. “You don’t realise you are being hung out to dry, but she’s absolutely brilliant.”

Others have what David calls “a blunderbuss” approach, but this often creates immediate tension and stops a useful debate from emerging.

“That ‘how’ piece, that delivery piece is really important,” David said. “It comes back to emotional intelligence – how to ask a question in a way that makes sure your point isn’t lost.”

Say what you see

Inevitably in a boardroom, hard conversations have to happen and sometimes that will lead to clearly unhappy body language – people rolling their eyes or crossing their arms, for example. David’s advice in that situation is to confront it head-on.

It takes courage he admits, but it addresses immediately the tension that everyone around the table will surely have noticed.

To find out more about how the School for CEOs coaching panel can help you email info@schoolforceos.com